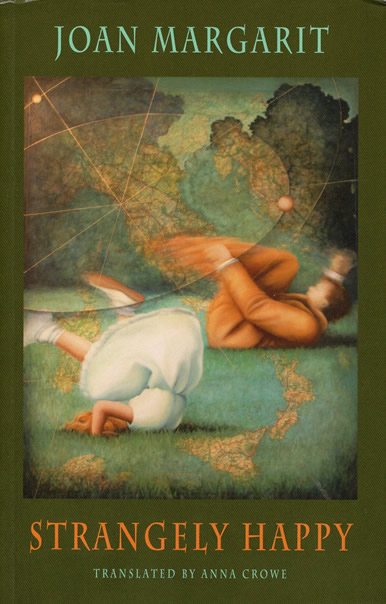 It is raining on the empty square.
There is a single taxi at the taxi-rank.
The driver’s wait is a very long one.
He has turned off the engine and it is very cold.
A door opens, a rain-soaked passenger,
tired, bad-tempered: he gives an address.
When they go through a red light, he shouts at him.
Turning round, the driver murmurs:
It is a week since my son died.
Silenced, the passenger sinks back in his seat.
Later on that night, when a group of passengers
board, making a racket, he tells them:
It is a week since my son died.
We’ve all got to die, they reply,
amid clumsy jokes and guffaws.
Comes the time to sign off, back at the garage,
he goes across to the radio-hut:
It is a week since my son died.
Her eyes red with fatigue, Yes,
the woman replies, while she attends to the voices
emanating with other sounds from the transmitter.

This is, in fact, one of Chekhov’s stories.
There it is a coach with a horse, and it is snowing.
I know the taxi-driver will not be able to sleep.
Is death inside the fist raised by life?
Or else, is death the fist in which we are grasped?
In Chekhov’s story, the coachman
will still have the horse to whom he’ll confide
that his son has died. All at once I feel it
inside me, and that fear is turning to ice,
and I light a fire to warm us all,
the taxi-driver, the coachman, me and my dead,
you who are reading me
and Chekhov, and all together we see how life
falls, like snow, in solitude.
A night-train, washed with pink,
at dawn traverses the olive-groves.
Here—weary, full of sleep and, at the same time,
strangely happy—I end this poem.

AN OLD MAN OUT WALKING

I wear all the years we have lived together
like a heavy overcoat on a winter’s night:
it protects so many hours of grief.
While the darkness freezes waiting for dawn,
there are passing headlights far-off. No murderer
can frighten me if I wear the thick coat
beneath which I conceal my love
like a sawn-off shotgun.
I feel the poem in my gut:
a hunger that saves me from death.
There is so much darkness inside each sleeve
that my hands, arthritic and cold,
are now a forgetting or a farewell.

Once destroyed, the past is what we always
try to rebuild, like an old country house.
But no one lives there. There is not even the liturgy
that the motorway has, early in the morning.
I understand very little now about those days.
What endures are the consequences. Hard at times.
A dolls’ house and the warmth
that hid your loneliness.
Ugly wounds under white bandages.
I walk beneath flawless moons
that shone on your childhood,
I hear a catalogue of stories to send you to sleep.
I think of the dignity of that girl
relinquishing in favour of her sister—so much weaker—
her place as princess. There are no mistakes
that can be made without our realising
as remote as the ones we make over children.
If you don’t know which love I am
and if I don’t know which love you are
then we must have lost our guiding star.
Although it is many years since I have known anything
of your fears, your hopes
when you find yourself alone in a hotel bedroom,
and I shall never know which of my faces
you will one day choose to remember me by,
I feel, suddenly, that we have survived,
without caresses, an abandonment.

The liturgical harmonium of the street,
Germany’s poorest organ,
took ship with those emigrating,
who brought it to the brothels of Buenos Aires.
Like a priest who has apostatized,
there it trailed about among stories
of loneliness and melancholy.
I always loved tangos. I heard them
when I was a child, on Sunday afternoons,
with my father and mother dancing
up and down the hallway of our house.
They are the voice of an epic that is lost,
with the bandoneon trailing
words that speak of guilty love.
Those who danced them in the hallway
now are only in a tango.
Strangely happy, an old man sings it
attempting a dance-step as he comes closer
with a smile to the Unknown.

The moon brings its ancient prestige
to the small, remote rubbish-tip,
now closed-off, that looks down on the valley,
where the lights of a few villages are twinkling.
When we used to come at night
to throw away our rubbish,
we’d stop and gaze at the firmament.
Under the moon, the old rubbish-tip
is today covered in fennel and thyme:
there is the rustle of creatures crossing the undergrowth,
owls dazzled by the headlamps of cars.
But it no longer has the power it had
when we’d stand here and gaze,
surrounded by rubbish, at the stars.