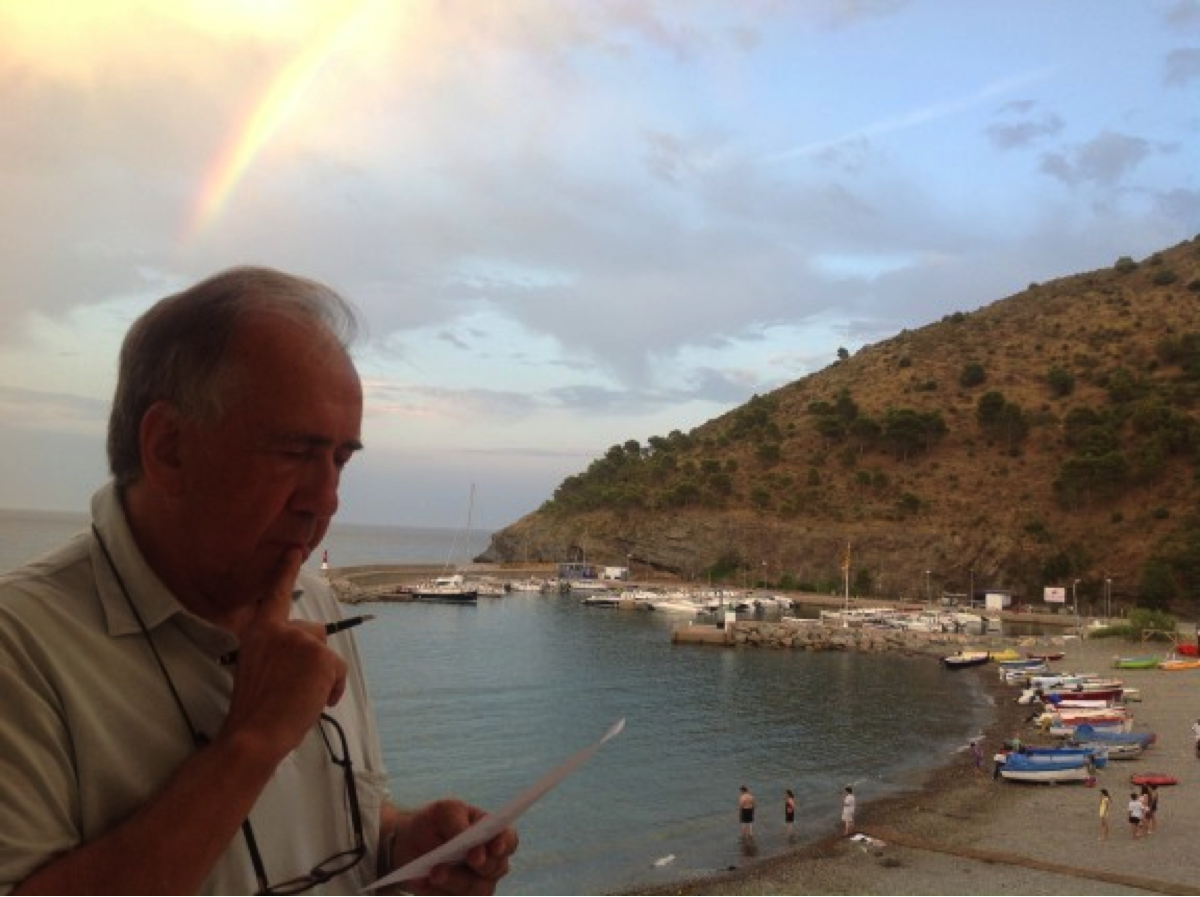 I love these poems for many reasons. When I first read Joan Margarit, I heard a powerfully distinctive voice, a spirit of great freedom and energy, humaneness, mischief, and depth.

In these naked, subtle, clear poems, surprise and wisdom are often right next to each other. There is often a doubleness going on in a poem – lots of pairs of ions, the magnetic positives and negatives which hold matter together. This gives his poems a sense of naturally occurring disorder and order, and a welcome absence of wilful craft. There is an exhilarating sense of the spontaneous, the organic – of happenstance and chance. And at the end of a good number of his poems I have the desire to scream – as at a theorem proved, or a victory.

Joan Margarit’s work is fierce, and it is partisan – it is on the side of fresh perception. He’s a fierce protector of his precise truth, like the bees – like a big bee – with honey. His abstractions and his daily objects are given to the reader with equal, deft, homemade tenderness and brio.

Often, at the beginning, a Joan Margarit poem will locate us. ‘It was a top-floor flat.’ Many poems start up quietly, from within an ordinary situation. And then, suddenly, we’re in deep, off-beat thought and feeling. And a Joan Margarit poem often has a turn at the end, as well as a reversal – sometimes a double reversal. Reading him, we are in the world of history, wit, imagination, dream, and memory. At the same time, it is the plain real intransigent world.

What is so unusual in Margarit’s work? I think it is the juxtaposition of the everyday syntax with his intimacy and wisdom – the combination of clarity and accurate subtlety which honours the basic mysteriousness (unknowability) of life.

I love Margarit’s frankness – sexuality a part of life like food, sleep, death, health, illness – and his unflinchingness. He’s stoical – and singing. And defenceless – but for basic human integrity and dignity.

Joan Margarit has what I’ve heard some great quarterbacks have – equal ability to turn in any direction at any moment. I think samurai have that. I think in U.S. football it’s called ‘broken field’.

There is a lot of change of direction within these poems – and many moments of Satori! The experience of reading him feels the way consciousness itself feels.

Each of Margarit’s poems is its own being, like a living creature with its own body-shape and voice, its own breath and heart-beat. His poems live and breathe in their natural habitat. They are elegant and shapely. And sometimes they seem almost overheard, as if they are singing in the voice the mind uses when talking with itself or with its close close other. It is common enough speech, and it is brilliant, too, sensually beautiful (but not too beautiful) and with a genuine, just-conceived feeling. Those of you who know Joan Margarit’s work, welcome to its most recent incarnation!

Those who are coming to it for the first time – it’s good to have your company. Here is our brother, his genius quietly electric on the page.